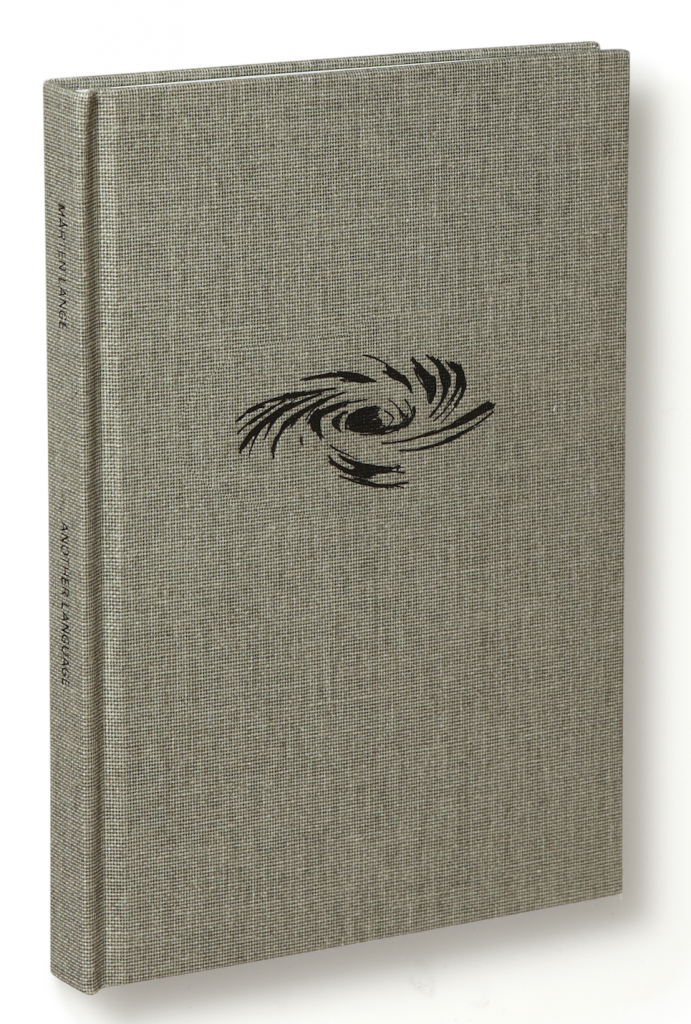 The aesthetics of science and nature are recurring themes in the work of Mårten Lange (1984) and his fascination shows again in his latest book Another Language. In his previous four books we saw a particular lot of trees, branches, machines or shots of unexpected events pass through the pages. Ever in his signature abstract form. It’s no surprise therefore that he opens his new work with a quote from the German naturalist Alexander von Humboldt, who declares that ‘the physical boundaries of nature end at a point where the intellect starts and there opens a new world for the mind.‘ And let that be precisely what Lange had perceived and in which he succeeds with his first big overview in which just nature holds a central position. He combines flora, fauna and natural occurrences like eddy currents to intimate still lifes in which he changes off landscapes which images of batts, fishes or a pumpkin.

The subtle storyline – the minuscule black and white photographs are fit with text nor caption – presents itself by slowly exfoliate through the small, thin book. You will discover that his story starts with a meteorite crater, followed by several masses of land and ends with an image of a plant far away. Though this is not what the Swedish photographer actually want to show, for him it’s more important to explain the consistency of nature and the cryptic clues that these behold. By using returning shapes, patterns and textures he want the break the simplicity within the image and mirror that against an enigmatic whole.

The artistic images that are always presented in a centered way seem to be uninformative at times, just like the subjects can be vague and unclear. But it’s the complete picture that forms the key to his work. Hence the alternations between the elusive – lightning, the stars – and that what is so everyday and common, like ducks and stones. These subjects Lange pulls apart from their background and isolates them. He spend one and a half years working on Another Language and of the hundreds of images he shot only 59 made it into the book. Though most of the situation just happened by pure coincidence, he did have a list of subjects which he wanted to portray. With that list he set of, like a gatherer. Notwithstanding the fact that he didn’t find everything he was looking for, he is happy with the result. And so are the critics.

This entry was posted in Book reviews, Photography and tagged Another Language, Mack, Mårten Lange. Bookmark the permalink.