African photography is on the rise. From street to art photography, conceptual and documentary to fashion photography, homegrown photographers (not only in the Francophone-African countries) are increasingly stepping up to show their world what they see when they look through the lens, following decades of photographic misrepresentation, or reduction, by observers from outside the continent.

‚Fashion and street culture are a dynamic everyday method of expressing oneself to the world in the form of clothing’, according to South African photographer Anthony Bila. As founder of the picture blog ‚The Expressionist’ he focusses on showing his country on a day to day basis. ‚I’d like to think of myself as a creator who uses photography to express my thoughts, opinions and feelings to the world. Since especially for the youth of South Africa fashion and a personal style have become an important way to show who you are and what you stand for without ever having to say a word, he wants to capture it’s evolution as it happens. The autodidact goes into townships (for his series ‚The Township Diaries’) to include a cultural aspect in his work. ‚A personal project in which I went deeper to show the fascinating aspects of a continent that deserves a more balanced photographic coverage then currently present in international media. I’m tired of the misconceptions and prejudices about my continent. and even though clothing can be worn as an illusion – a projection of who we would like to be instead of who we are – when I contemplated this I wanted to conceptualise this in a more authentic representation of my country and continent.’ 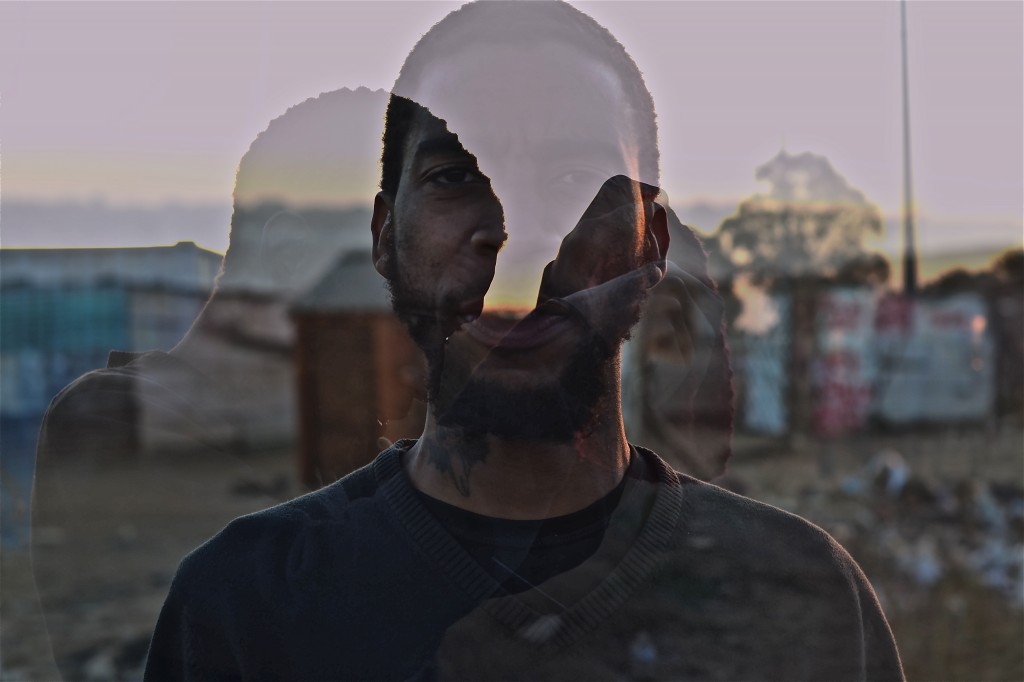 While his daily work mainly consists of street/fashion photography – ‚simply because it chronicles personal styles as I see it’ – he also has ongoing projects for which he revisits certain themes in his work. In general, with all his photographs, he want to show the possibilities and potential of (South) Africa. ‚In contrast to what is mainly shown about our continent, we are youthful, creative, intelligent, talented and have a lot to offer to offer the world. I want to capture those beautiful and hopeful aspects, even though South Africa is a complex country to work in. We are anything but lost and can tell our own story in our own way’, Bila emphasises. His country and continent are a place full of possibilities according to him and by putting both in a new perspective, he tries to offer a fresh, new and honest look. With the hope of encouraging people to visit South Africa themselves and see the places and people that he captures, their is even a marketing aspect to be found in his work. ‚There is something uniquely South African to my images that I cordially invite people to experience for themselves.’ 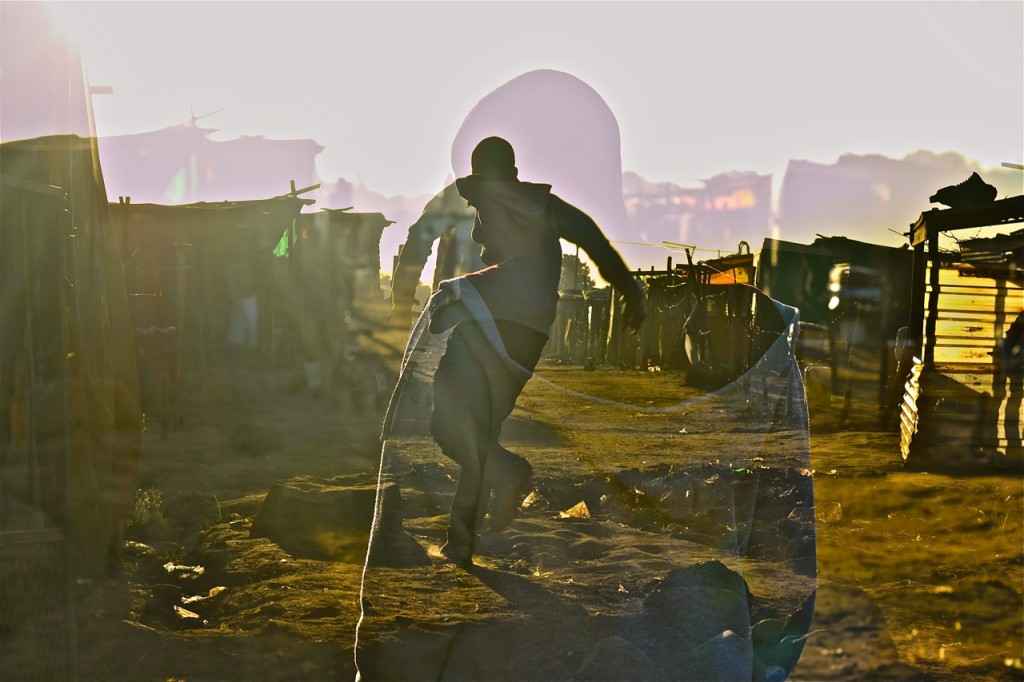 By showing the ‚young, liberated SA of the future’ Bila wants to bring Africa to the world and the world to Africa. For him photographing his people doesn’t actually feel like work, but merely like self-expression. He usually works alone for the sake of speed and convenience, making it possible for him to move around relatively unnoticed. ‚That way I can capture moments and images others are not able to. Trying to do so is exciting and because of our diversity in people and cultures it forces me to be creative.’ South Africans have an indomitable spirit, says Bila, and posses a conviction to prove themselves. In his opinion a good photographer has got to have a good understanding of human beings and their nature. ‚If your subjects are comfortable, their ease translates in the image and works as a window to see who they are. Being self-taught all my photographs are shot purely instinctual; I see the image in my mind and capture it.’ 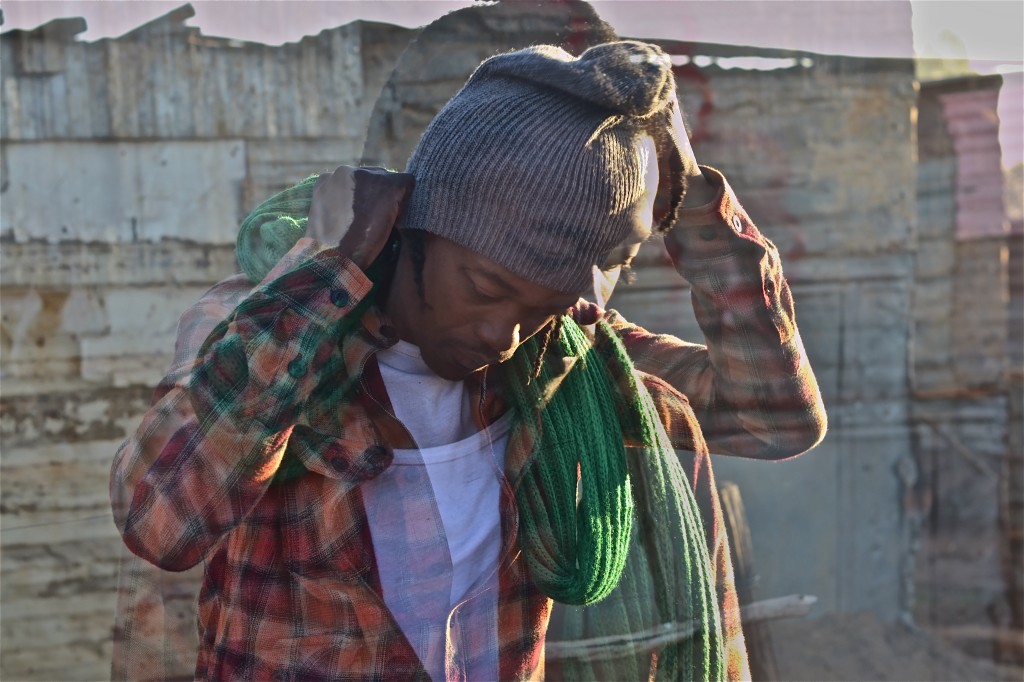 Through his photography Bila has the opportunity to capture real moments and real people in a real context. By representing different people from different walks of life he honestly represents the Africa trough his own eyes. ‚I simply have to answer to myself and show my own perspective, without caring for what other think’, he explains. ‚Through social media I can share my view with a lot more people, just like al lot of other young photographers in the country do. Internet has made photography accessible to everybody and in combination with advancing technology and a growing subculture it’s understandable that photography has grown in stature, relevance and importance in South Africa and the continent.’ Having said that, there are still barriers to entry for professional photographers in South Africa, especially younger photographers, and more specifically, black photographers in South Africa, according to Bila. ‚The plight for female photographers, especially those of colour is even more dire.’ He feels there is a lot more in terms of developing new young and talented photographers, male and female in the country. ‚The limitations are there and likely will always be there, but I do believe thanks to the internet and social media, we can showcase our potential, bypass agencies and agents and get to see the work young photographers are capable of producing.’

Even though the photography scene in South Africa is of world standard, there is still a lack of skill when it comes to sharing and developing, which hinders the further proliferation of the industry from the continent to the world. ‚The scene in South Africa has gained incredible momentum and there are superbly talented young talents emerging all the time, but just like in the rest of Africa, they face similar challenges.’ Bila is positive about the future though, making plans to work extensively in Europe to bring his African perspectives into an international context. He thinks that South African photographers are the next big thing on the international stage. ‚I believe the more other Africans and foreigners alike see our work, increasingly they’ll believe that we are the masters of our own identity.’